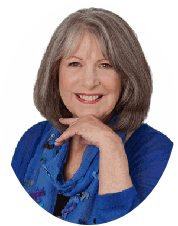 Award-winning author and popular public speaker, Joanne D. Gilbert, grew up in Oak Park, Michigan, a predominantly Jewish suburb of Detroit, where many Holocaust Survivors had come to live after World War II. Joanne’s earliest influence was her beloved Grandmother, Millie Wineman Ron, who had been able to leave her home in Vilna, Lithuania before the Nazis came and eliminated the Jewish community.

Millie never forgave herself for living when her family had perished. Her stories caused Joanne to wonder about the ways her relatives might have fought the Nazis—and whether their non-Jewish neighbors had tried to help them.

In 2012, Joanne was finally able to search for answers to these questions. Her journey took her throughout the US, Canada, and Europe to do research and interviews. 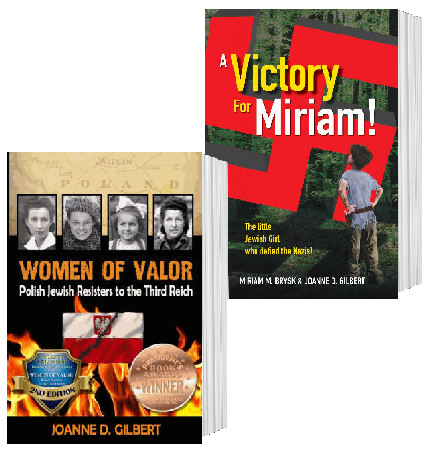 A VICTORY FOR MIRIAM! The Little Jewish Girl Who Defied the Nazis, was published in 2019, and has also received outstanding reviews. Joanne is currently working on her third book, WOMEN OF VALOR: German, French, & Dutch Resisters to the Third Reich.

Joanne is dedicated to preserving and celebrating the legacy of the young women who actively–and successfully defied the Nazis—and who not only survived, but went on to live long, loving, and productive lives dedicated to their families and Holocaust Remembrance.